Today, Team Ketubah is super-exited to feature the writing of newlyweds Jen & Jason of New York Times Wedding Section fame! Jason sent us this great piece. We can’t stop re-reading it. Check it out, and follow these incredible newlyweds on Twitter! Jason (@heyfeifer) and Jen (@propjen) have some great tweets, and we say “keep ’em coming!” 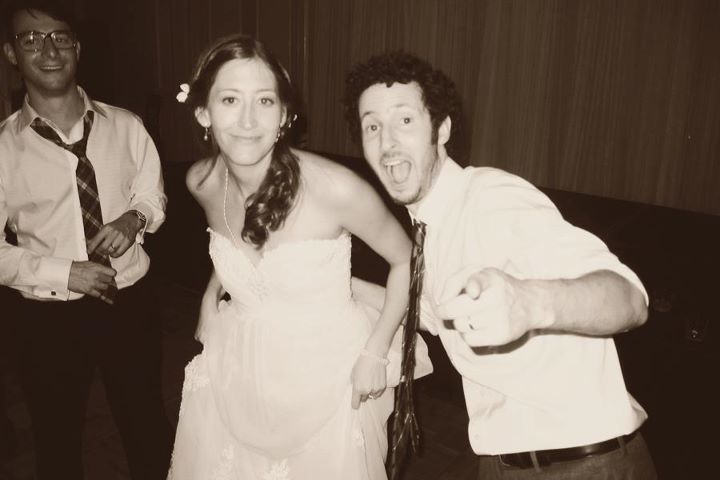 A few months into dating, Jen told me that, if we were to ever get married, she’d want to take me to some Judaism classes. I am a Jew in the loosest sense of the word—more just a guy with a big nose and curly hair, who happens to like challah. Jen isn’t much more devoted than me, but she does like tradition and the occasional prayer. And also, challah.

But whatever. I said fine. When your girlfriend of a few months tries to commit you to something in a distant future that may never arrive, that’s what you do: You say fine and move on to more pressing things, like making out.

A year or so into dating, Jen told me that, if we were to ever get married, she’d want me to take off work on some holidays and go to synagogue with her. Again, I said fine, and we moved on to making dinner together (and then making out).

And after two and a half years and a marriage proposal, we sat with an actual rabbi and discussed actual wedding plans, and the rabbi said, “So, what do you want written on your ketubah?”

Oh man, I thought. Now I’ve really committed to all this Jewish stuff. 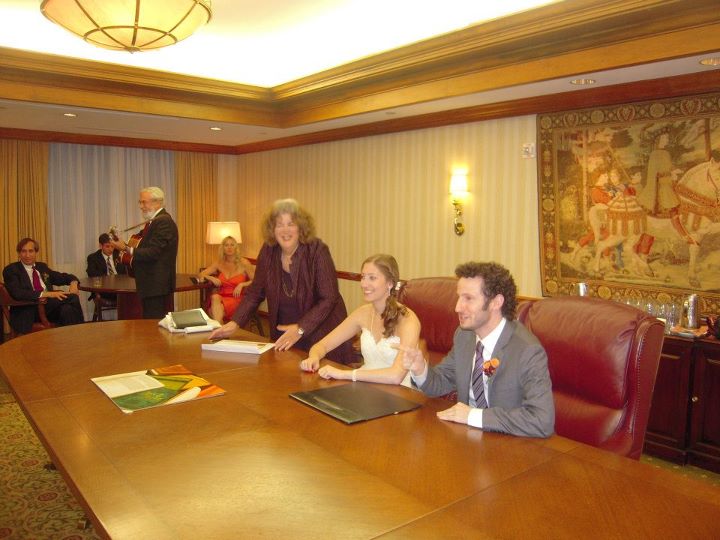 Truth be told, I didn’t want a ketubah at all. It had no meaning to me, no inherent value, just a non-binding contract. I stayed silent, but after the rabbi left, Jen and I talked ketubah. She knew how I felt, but wasn’t having it: A ketubah is important, she said. It’s a symbol, a pact, a noble thing to hang on your wall.

“Fine,” I said, with a calculated degree of dismissiveness. “We’ll have a ketubah.”

You see the bind I was in.

That’s when Jen did something that, under any other circumstances, would be embarrassing: She Googled the words “hipster ketubah Brooklyn.” She was looking for something open-minded, something that slipped the rigid religious formalities that I despise, something that was youthful and personalized enough to have meaning. This, she knew, was the only thing that would make me embrace a ketubah: It had to be about us, not about faith.

That’s how she found This Is Not A Ketubah, which isn’t in Brooklyn but does have an appealing name.

“That’s awesome!” I said when she told me. “Does it mean we aren’t getting a ketubah?”

Instead, it meant we’d found partners who could design a ketubah that represented us—and who did it fast, with enthusiasm (and many, many exclamation marks in their emails), and with care. Our ketubah is full of antique-looking books, because we’re writers. We are also picky: We went back and forth with the designers—it’s too abstract, now it’s too cartoony, now it should be more abstract—and probably weren’t easy to work with. This Is Not A Ketubah responded only with joy and more exclamation marks. Good exclamation marks!

On wedding day, we gathered in a room with two rabbis and performed the most concentrated amount of Jewish action I’ve ever partaken in. I was a little uncomfortable, truth be told. But the ketubah was lovely, and felt very much like it was ours. The text we signed was even selected on my behalf—“Secular Humanist Text B,” which sounds exactly like the kind of thing I can get behind. Hell, I’m sure I’d support Secular Humanist Text A as well, but B just hit the spot.

And now, our ketubah is about to be framed and hung on our wall. I’ll be happy to see it there. Though my wife should be forewarned: It doesn’t mean I’ll go as gently into a synagogue. 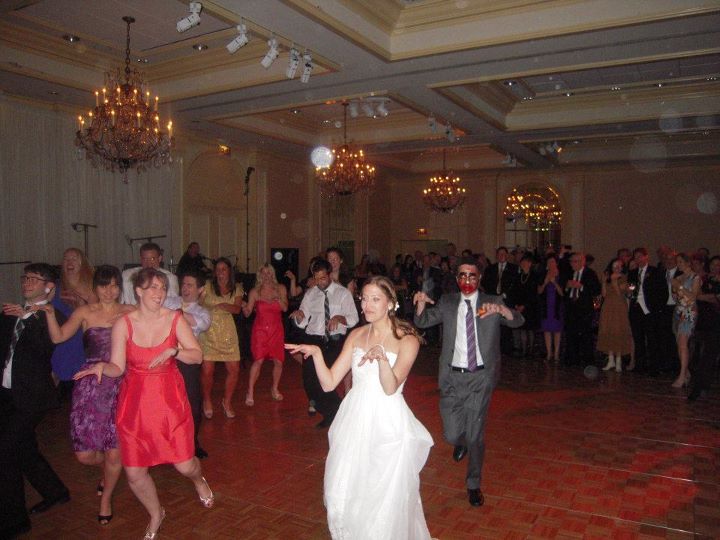 You can check out their New York Times feature and our blog post about them on the Ketubah Blog. And keep an eye out for Jen’s upcoming book “The Year of the Gadfly” in May!