The Royal Wedding was five months ago already–whew time flies!– but no one can deny that it was among the top non-Jewish weddings of the year. At this morning’s team meeting, we found ourselves asking: Why didn’t we ask Kate and William if they wanted a Ketubah?

At This Is Not a Ketubah, we strive to create colorful, modern, and hip Ketubahs for every couple. Whether based on ‘Modern Masters’ or the inspiration that strikes us from daily life, from high fashion to a love of Scottish Terriers! Of course, if you’re getting married in Buckingham Palace, you probably already have a few original Lichtenstein and Mondrian Ketubahs hanging around your house. So, a Royal Ketubah would have to get pretty creative. 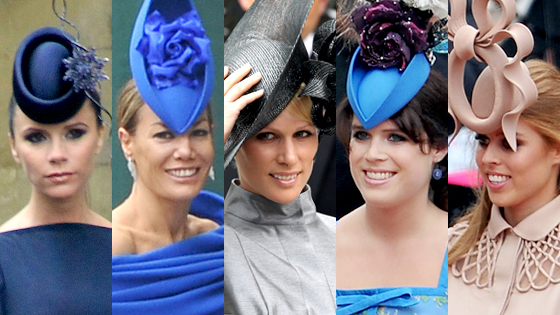 If there is one thing that Royal Weddings do extremely well, it’s hats. And for that, Team Ketubah gives a rousing ‘Hat Tip!’ to British culture and their faithful dedication to bizarre and over-the-top headgear. Yet there is something appealing about the use of centuries-old cultural traditional customs with a modern spin. Were British dignitaries and Lords in the 16th century wearing Italian-imported bonnets to Royal affairs? Probably not. But today’s modern Patrician Lady wants only the best for the big day of her Princess gal-pal, while keeping the idea of wearing only the best clothes to the most important wedding in all the land, just as her Lady mother did, and her patrician grandmother before her!

This same idea is what drives This Is Not a Ketubah to create the best of contemporary and traditional worlds for Jewish, interfaith, and same-sex couples alike! If you remember growing up with a Ketubah prominently in your parent’s dining room or are looking to connect or re-establish your Jewish roots by signing a document declaring your love and devotion, nothing creates a Jewish home like a gorgeous Ketubah prominently hanging on the wall.

From the ornately elaborate hats to simple and grand color, Team Ketubah has nothing but respect for this funky little British tradition (and who would have though Posh Spice would end up on our blog!), and we would have love to make a fantastically bold Royalty Hat Ketubah. It’s fun to dream!

We’d love to hear about your dream Ketubah, inspired by hats or otherwise!

Hat-tip to Maddie over at Broke Ass Bride for the great lead!