Vincent William Van Gogh had one of the biggest influences on the post-impressionist era, but he only become a known name after his suicide at the young age of 37. The misunderstood genius lived a short life, but left a legacy to be admired and studied by generations to come.

The Dutch painter belonged to a middle class family and his upbringing comprised of governesses and boarding schools. He described his youth as “gloomy and cold and sterile,” and grew up with a strong religious values and was familiar with modernist trends in art, music and literature.

Although he is one of the most renowned painters in history today, his paintings were not so revered in his life. He took up painting later in life – his late twenties – but has managed to leave over 2100 artworks (which include 860 oil paintings). Van Gogh’s broad, gestural brush strokes left a lasting impression on the Expressionist movement, and partly on the Abstract Expressionism of the 1940s and 1950s as well.

His painting Portrait of Doctor Gachet holds the record of the most expensive painting sold at an auction for $82.5 million (U.S.) to Ryoei Saito, Japan’s second-largest paper manufacturer, within 3 minutes.

Couples with a flair for arts and art history, appreciate ketubahs in the style of artists that inspire them. Van Gogh may have been childless, but he has left a legacy behind. Couples who are interested in ketubahs inspired by the famed painter can check out our Van Gogh inspired ketubah collection. 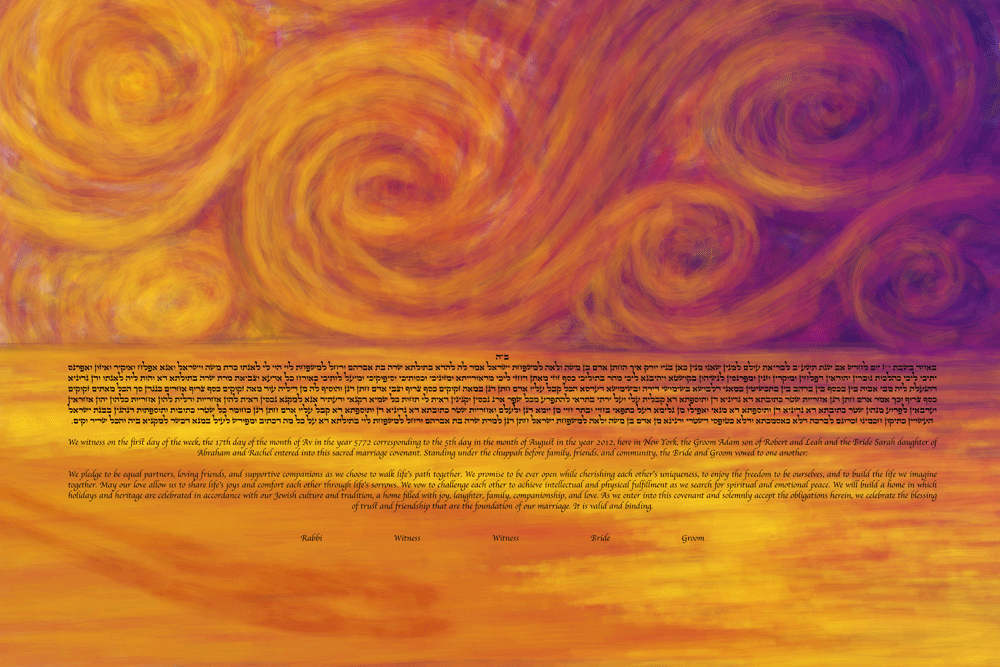 The Starry Sea Ketubah, above, is inspired by the canonical work of Vincent Van Gogh. The bold shades of sunset at the shore creates an intense scene full of emotion and quiet contemplation rich with color. Van Gogh’s work was never literal and was an expression in the eyes of the Dutch genius. A couple’s love is never literal either, and is beholden only the eyes of each other.