Ketubahs have been around for thousands of years. While the text and content has more or less stayed the same, it is the artwork which totally reinvents itself every century. Keeping up with contemporary art and modern trends of each decade, Jewish couples have always sought ketubahs that keeps up with the times.

But in the 21st century, it appears we have a new kind of art in the form of graffiti.

Graffiti first seen as destruction to public property has now garnered respect from far and wide. Some of the most famous graffiti artists in the world are highly sought after and are commissioned to paint several large scale public murals in their home city and all over the world.

Graffiti legends include Jean-Michel Basquiat, Seen, Lady Pink, Keith Haring, Zephyr, and much more. Though most were seen as a public nuisance and were considered criminals, many have now converted their art medium to art galleries, illustrations and much more.

Ketubahs with graffiti inspired designs send a powerful message. They are bold, loud and leave an impression. Couples who want something unique yet contemporary will love our Graffiti Ketubahs. Inspired by sprawling urban street art and the bright tones that color graffiti, Graffiti Ketubahs have truly unique and eye-catching designs. 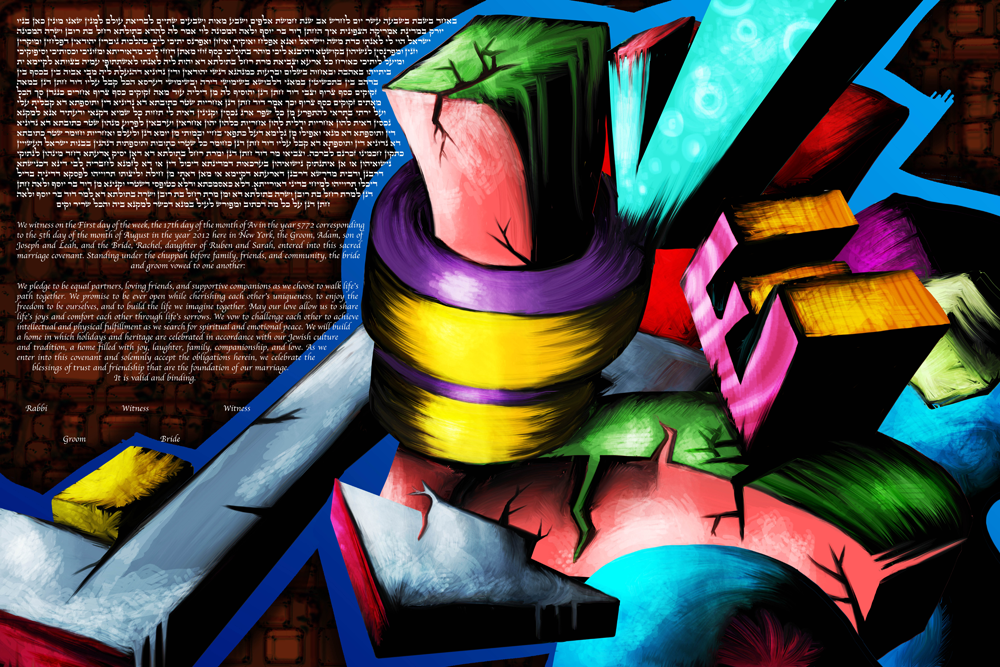 One of our favourites is Ketubah In Da Haus. It is a unique combination of modern art, city style, and the classic Jewish Ketubot tradition. It features the word “Love” twisting and breaking on the backdrop of a brick wall in a vibrant mix of colors. 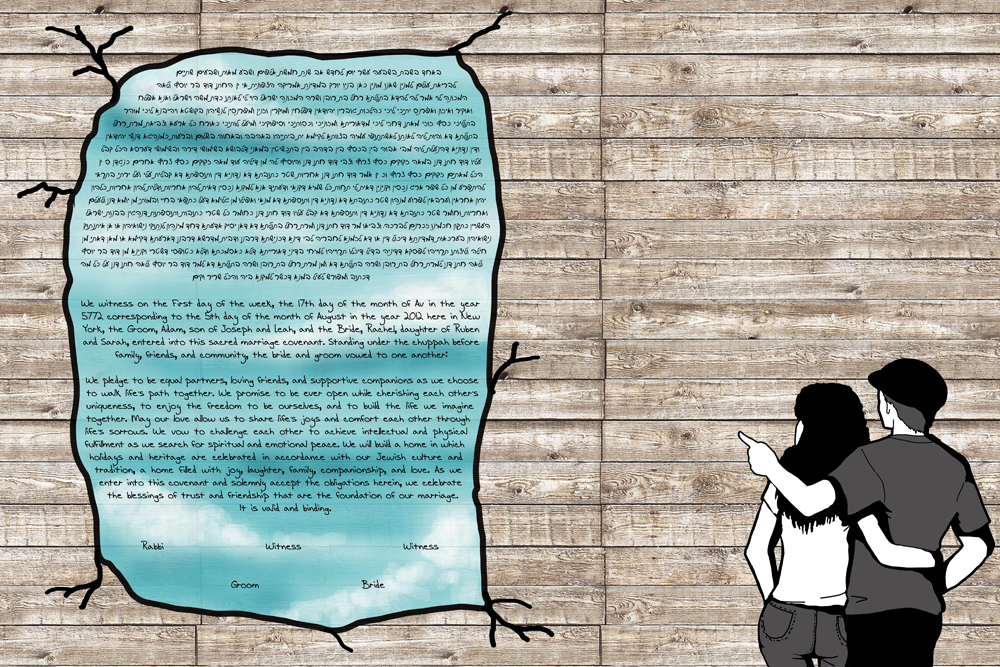 The Wonderwall Ketubah is inspired by the infamous street artist Banksy. Based off his distinct style, the ketubah features a couple off to the side, admiring at the break in the wall that not only reveals a gorgeous blue sky, but creates a beautiful framing for the Ketubah text. Definitely a must-have for fans of contemporary urban art.